In 2001, the first statue was erected on FAMU’s campus.  Donated by the FAMU Football Reunion, the depiction of Gaither was erected by former FAMU art professor Chester Williams.  Two years later, the Football Reunion revisited the statue, adding many of Gaither’s assistant coaches busts to adorn the structure.  Former FAMU Sports Hall of Fame football player Rudy Givens developed the initiative and raised the funds to get the project completed.

For the last 20 years, the statue has been one of the most photographed areas on campus.  Visiting fans, parents and alumni all posed to capture an image in front of FAMU’s most legendary coach and his assistants. 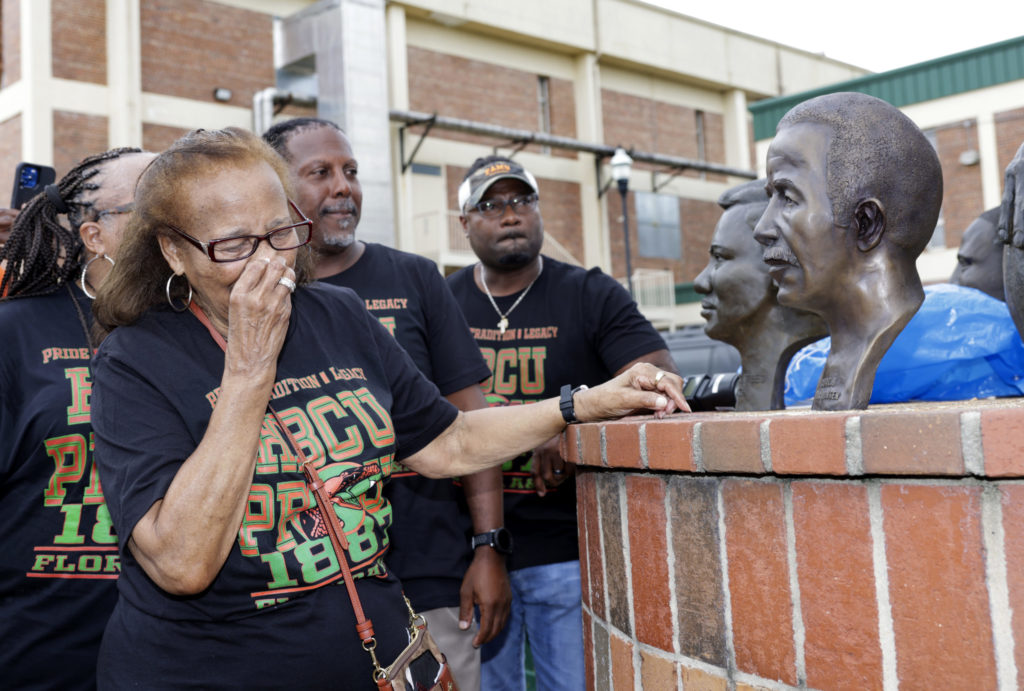 On Sept. 9, 2022, the final additions were added to the statue.  Longtime coaches Bobby Lang and Robert Mungen were unveiled, taking their place among FAMU’s greatest.  Among others attending the unveiling were the widows of the coaches, Dr. Gladys Lang and Dorothea “Peaches” Mungen.  Scores of family members, friends and relatives attended the ceremony which was also acknowledged at the President’s Convocation by FAMU’s 12th President, Larry Robinson, Ph.D.

In front of nearly a hundred attendees, Lang and Mungen’s wives pulled the tarps from the busts to applause.  It had been a long time coming for the coaches to be added to the art piece. 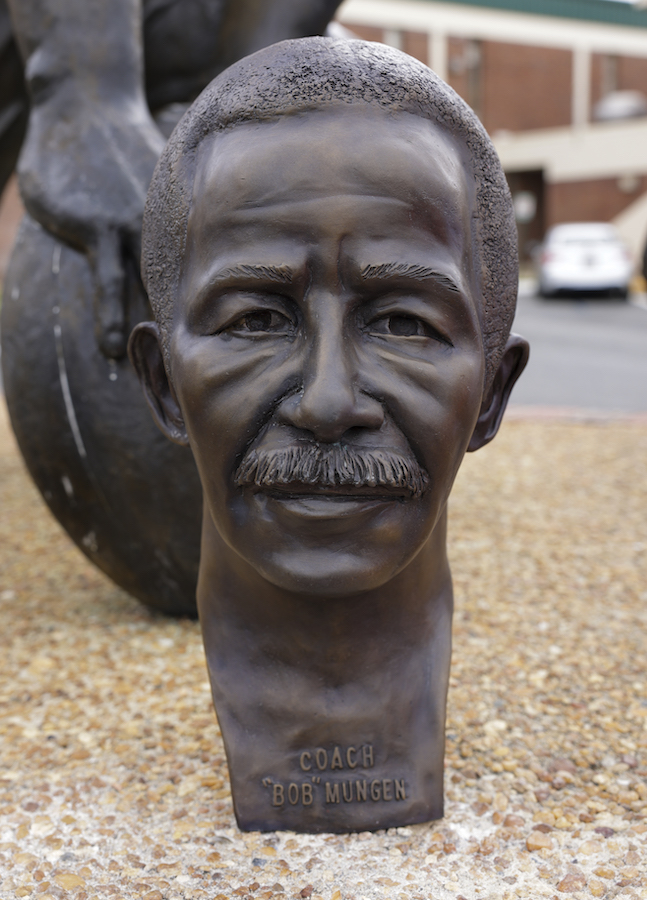 The complicated nature of having the additions to complete the statue reside squarely with Taylor.  He felt he had an ultimatum from former FAMU coach Costa “Pop” Kittles when the coaches that would adorn the original version of the statue were announced.

“Pop told us we’d be back here over 20 years ago.  When the coaches were originally chosen to be added to the statue, Pop said that this is just the beginning,” Taylor said.  In Kittles’ mind, the statue was not complete without Mungen and Lang, so he put it on the organizers to add to the statue.

Once the project was approved, the challenge after finding an artist.  The original artist, Williams, had passed away.  It didn’t take long though. Taylor would contact Bradley Cooley, one of the nation’s best sculptors who has his headquarters only about 30 miles from Tallahassee.  Colley has erected the Bobby Bowden statue at Doak Campbell Stadium, the Ray Charles statue at the museum in Greenville, Fla., and the giant Rattler that sits in front of the CASS building on FAMU’s campus.

Cooley began working diligently in early 2022, as time was of the essence.  Working with both families, he attained the photos necessary to make a 3-D model to build from.  From there, he made his initial moldings.  The families were then brought in to assist with establishing the details and final looks.