The Florida A&M University Division of Audit hosts a virtual townhall 4 p.m. Thursday to highlight the need for greater controls and increased vigilance to prevent fraud and mitigate risks at Historically Black Colleges and Universities (HBCUs).

The “HBCU Fraud, Risk, and Controls” Virtual Town Hall will feature FAMU President Larry Robinson and audit officials from FAMU, Texas Southern University, North Carolina A&T State University, Jackson State University, and Howard University. The event comes as HBCUs have received more national attention as well as federal and corporate funding in the wake of the diversity and equity debate and the pandemic.

“The Division of Audit here at FAMU, and at those of our sister HBCUs, play an important role in supporting faculty, staff and management in their responsibilities for fighting fraud, enhancing our risk awareness and improving our controls,” Robinson said. “Collectively, these efforts help make sure management gets it right the first time and that we are compliant in our actions as we pursue our respective university’s strategic objectives.”

The event is being held a week before President Robinson is scheduled to report his annual assessment of internal controls to the Board of Trustees at their June 2 meeting. 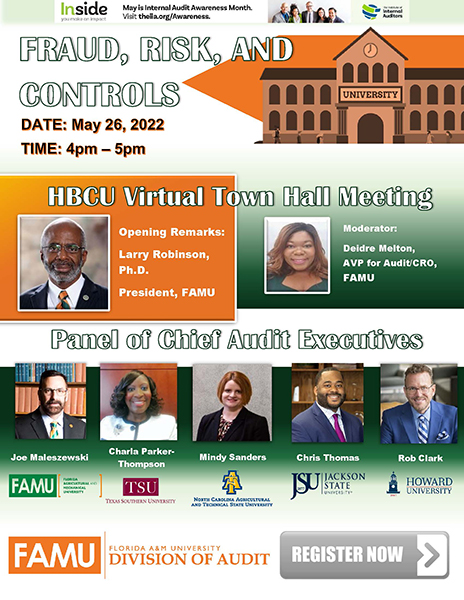 For FAMU, the hard work to build a “Culture of Compliance” has paid off, said FAMU Vice President for Audit Joseph K. Maleszewski. 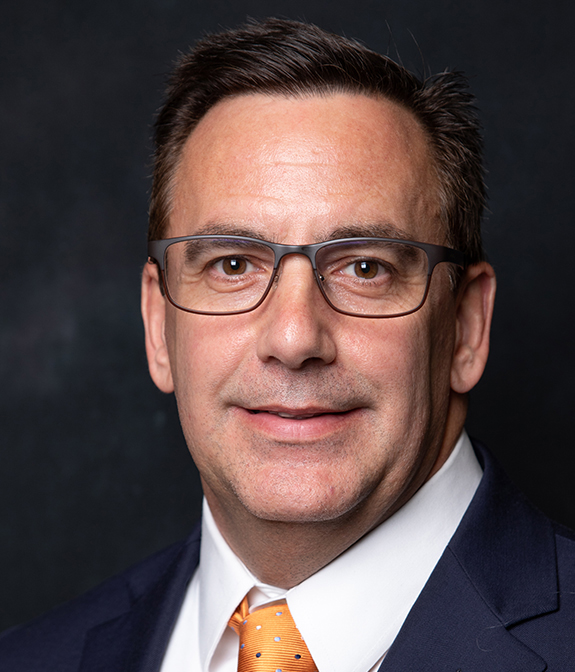 Over the past year, FAMU has received clean financial statement audits for the University and the three Direct Support Organizations, the FAMU National Alumni Association, FAMU Foundation, and FAMU Rattler Boosters. In January, the University received “the absolute best” Auditor General operational audit in over 10 years, that only noted one minor finding related to more routine reconciliation and method of allocation for the Special Purpose Investment Account, and a clean Auditor General Financial and Federal Awards audit, Maleszewski said.

“We are proud to note that this audit contained only one audit finding related to the routine reconciliation and account for special investment interest and earnings,” he added. “It has been over a decade since any State University System (SUS) institution had only one Auditor General Operational audit finding.”

“This HBCU Fraud, Risk, and Controls virtual Town Hall reflects these institutions commitment to accountability and a strong system of internal controls, which will help build a culture of compliance,” Maleszewski said. “Sustained attention to these controls informs management decision-making around opportunities to improve operational efficiencies, enhance academic and operational effectiveness, enhance compliance, and allocate limited staffing, financial, and other resources to their highest and best use.”