More than 15,000 students and parents converged on the Los Angeles Convention Center to learn about the nation’s Historically Black Colleges and University’s (HBCUs). The event is designed to expose Black California 8th grade to 12th grade students to opportunities at HBUCs.

It was the first time the event was held since the COVID-19 pandemic began. Additionally, Robinson also participated in a President’s Forum along with Jackson State University President Thomas Hudson, J.D., and Steve O. Michael, Ph.D., provost of Charles Drew University of Medicine and Science, based in Los Angeles.

Robinson highlighted the importance of the expo and of obtaining a college degree.

“You are competing in a different world,” said Robinson, who highlighted FAMU’s major role in the economic success of its graduates by enhancing their education, training, and leadership skills. “On an individual basis, a FAMU graduate working full-time throughout his or her working life can expect to earn $1.1 million in additional income because of having a college degree,” Robinson said.

Many parents and students stopped at the FAMU booths. The Expo has proven to be an effective recruiting venue for FAMU. California and other West Coast states have no HBCUs, said Vice President for Student Affairs William E. Hudson, Jr., Ph.D.

“This is a prime area to recruit some of the best and brightest students because the cost to attend FAMU is actually cheaper than going to school in this state, so the opportunities are there,” Hudson said. “Many of these students have heard of HBCUs, but they’ve never got to talk with anyone close and personal, and so the interest is there.” 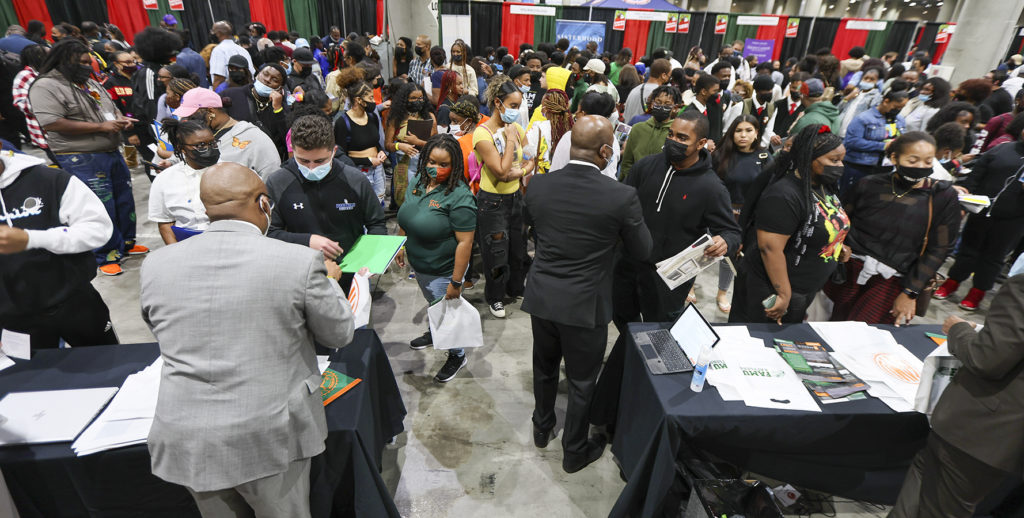 Division of Student Affairs staff flew to California a few days ahead of the Expo to visit high schools to boost the recruitment efforts.

“We also have alumni who assist with the recruitment of students from that area.” Hudson said. “We have a strong alumni presence in Los Angeles.”

“Black expos are important because it shows black excellence and shows students that there are people who look like them who are able to receive their education and they can do it, too.” said Spence. “I know my daughter is going to be safe and I know she will have a job as soon as she leaves there. FAMU is a good choice because I actually work with some FAMU alumni at Raytheon, and they are truly amazing.”