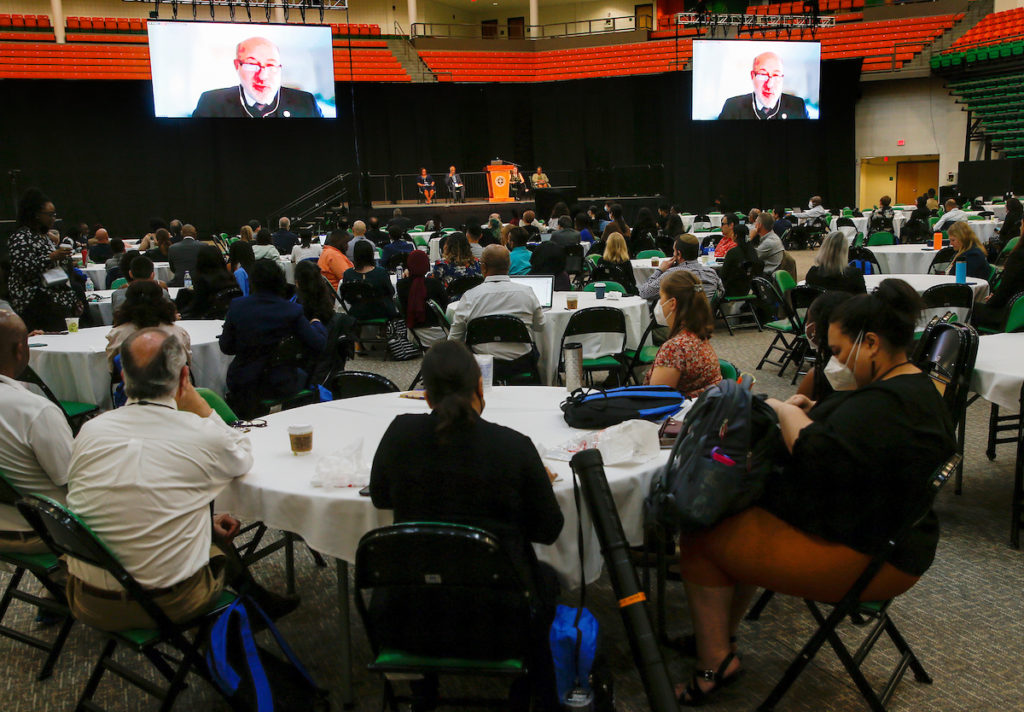 “The EPP/MSI Program is NOAA’s largest investment in post-secondary education and future workforce development,” Spinrad told the gathering. “Thousands of students have gone through the program in the last 20 years. EPP/MSI students are trained by faculty, mentored by NOAA staff, and earn degrees in disciplines that are in line with NOAA priorities.”

Spinrad would like to see more EPP/MSI Program graduates at the agency.

“We want to make sure that NOAA is representative of the nation it serves and is as diverse as the American population. We are not there yet,” said Spinrad, who added that the agency has been given tools, such as direct hiring authority, to recruit and hire scientists from under-represented groups. “How can we be more aggressive in using those tools to address those questions.” 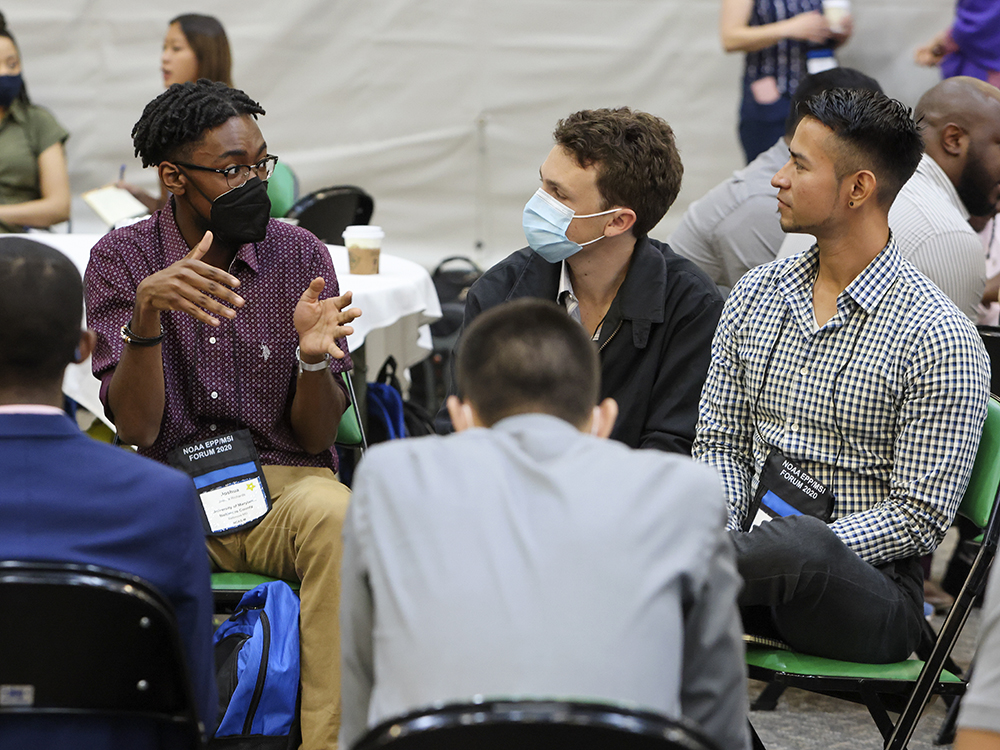 Students participate in breakout sessions during the opening day of the NOAA EPP/MSI Science & Education Forum.

The focus of the Forum is to showcase collaborative research and generate new engagement opportunities in NOAA-mission sciences, technology, engineering, and mathematics (STEM) disciplines. Attendees include Nigel Lascelles, who earned bachelor’s and master’s degrees at FAMU before heading to Texas A&M University-Corpus Christi to earn a Ph.D. Also was present was FAMU’s Andrea Pugh-Kelly, who is completing her Ph.D., as a FAMU EPP/MSI Program scholar.

The Forum is designed to promote career opportunities for STEM graduates in the public, private, and academic sectors. Through a competitive process, NOAA-EPP/MSI’s funding supports the development of a diverse STEM future workforce that directly supports NOAA’s mission and expands opportunities for innovation and U.S. global competitiveness. Students competed in a poster contest featuring their research.

The April 6-8 event is being held in the Al Lawson Multipurpose Center a year after Phase One was held virtually due to the COVID-19 pandemic. The theme of the Forum is “Two Decades of Excellence: Nurturing Future Leaders in STEM.”

“This program has a track record of producing great leaders in STEM at NOAA and other places,” said FAMU President Larry Robinson, Ph.D., who is also director of NOAA’s Center for Coastal and Marine Ecosystems (CCME) – one of four NOAA Cooperative Science Centers. Robinson, who worked with NOAA during the Obama administration, has been with the initiative since the beginning.

A number of FAMU EPP/MSI alumni at the Forum, such as Natasha White, Ph.D., program manager with the NOAA Office of Education/EPP/MSI Program, and LaToya Myles, Ph.D., director of the Atmospheric Turbulence & Diffusion Division – NOAA Air Resources Laboratory, have gone on to managerial roles at NOAA.

“These 20 years with the program have been an amazing journey. I have the privilege of witnessing the transformation this program has caused in many places inside NOAA and elsewhere by tapping into the talent resident at Historically Black Colleges and Universities (HBCUs) and Minority Serving Institutions around the country,” Robinson said. The role of the NOAA EPP/MSI Program, he said, is “finding young men and women who can go on to make a huge difference in similar agencies and industries. It has been a wonderful journey.”

Louisa Koch, director of Education, NOAA Office of Education, has worked alongside President Robinson from the beginning of the program. She agreed the initiative has been transformative. 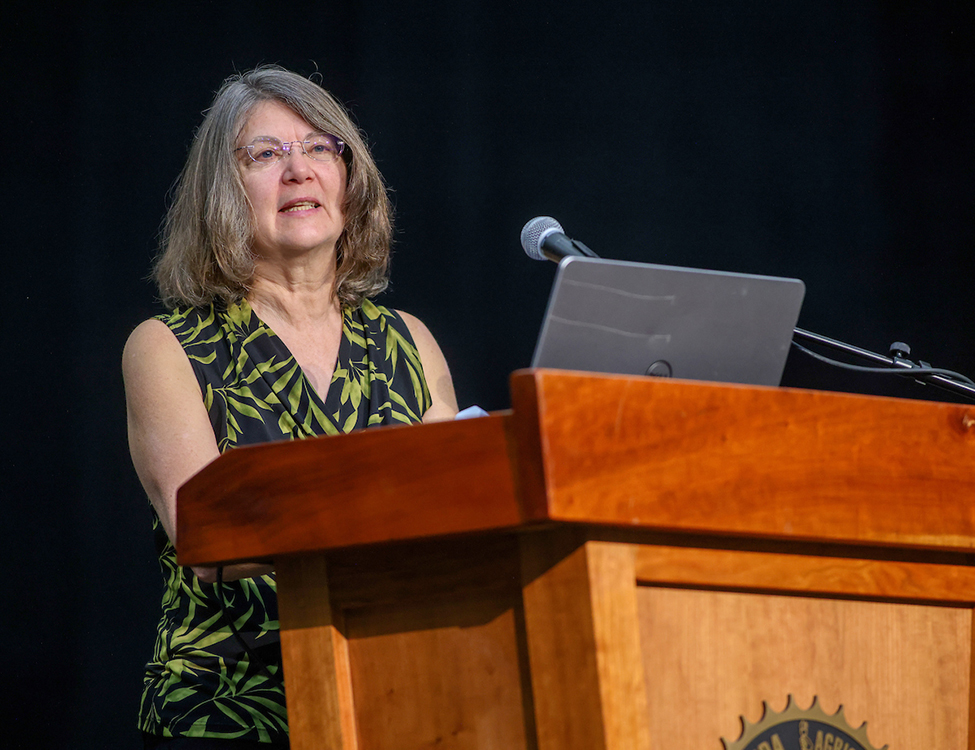 “They’re going to help us solve the pressing environmental problems of our future and they are central to Florida,” Koch said. “The United States is going to be more than half minority within five years. More than half of our talent pool is going to be people of color, and we need every single brain cell to address the very pressing problems we have.”

Onsite registration is available for those who want to attend the Forum. For further information, visit https://ccme.famu.edu/eppforum2022/