The campus, a satellite of the FAMU College of Pharmacy and Pharmaceutical Sciences, Institute of Public Health, opened its doors to the first students on August 27, 2012.  In celebrating the campus’ 10 years of operation, participants acknowledged the key role of the former legislator for whom the location is named.

“Senator Durell Peaden Jr. was a man with great dreams and humongous expectations. How do I know? He shared some of them with me,” said Dean Margareth Larose-Pierre, PharmD., at the campus in downtown Crestview.

Until 2010, the City of Crestview owned the Alatex Building, which is the former home of a textile manufacturer and major local employer. That summer, the city signed the building’s title over to FAMU after the Legislature, at Peaden’s urging, budgeted for its restoration as part of the Rural Diversity Healthcare Center—Crestview project and the start of the Doctor of Pharmacy Program.

Addressing the gathering, former College of Pharmacy Dean Henry Lewis, PharmD., recalled his early meetings with Peaden as the legislator strategized to make the campus possible. 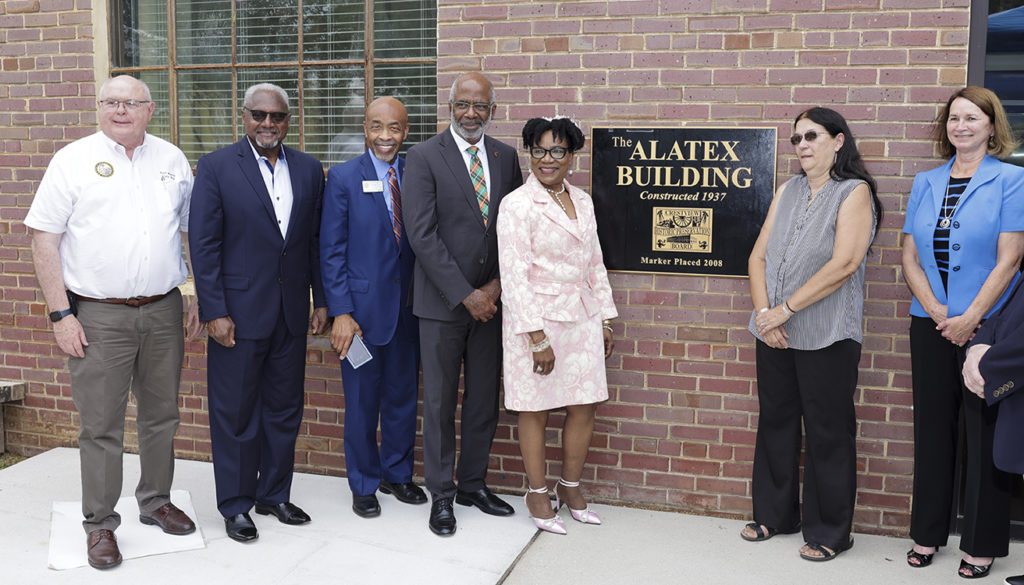 The College of Pharmacy admitted its first Crestview students on August 27, 2012.  The center was renamed in honor of the late state senator in 2016 to recognize his leadership role in working with Crestview city officials, FAMU, and the Legislature to obtain resources necessary for the establishment and operation of the center in Crestview. A physician, Peaden served in the Florida House and Senate prior to his death in 2015.

“He hung out with people who could help him make his dreams and expectations reality. His understanding of his dreams was not for himself; it was so that he could make a difference in other people’s lives,” Larose-Pierre said. “He wanted to bring dignity and health to humanity, to build for those who could not build for themselves, to tap into places where no one was dreaming for. He, in a way, laid down his life so that some of our learners could be first generation health professionals in their families. His work is not done here.”

Part of Peaden’s legacy is the success of the program’s graduates, Robinson said.

“It’s a strong showing of strength and resilience,” Robinson said. “Consistent with the University’s recently approved Strategic Plan for 2022-2027, the Durell Peaden Jr. Education Center will continue “Boldly Striking” with Excellence, Innovation, and Transformation. This program is transforming the lives of students who come here and the communities where they serve.”

“We are going to work hard to make the Durell Peaden Jr. Campus not only a success, but a bigger success for our local young people, whether young people in high school or those in college,” said Maney, a military veteran and former county judge who was first elected to the House of Representatives in 2020. “This school is so important. We are working on housing; we are working on scholarships; we are working on making sure the students at this school can continue their outstanding academic success.”