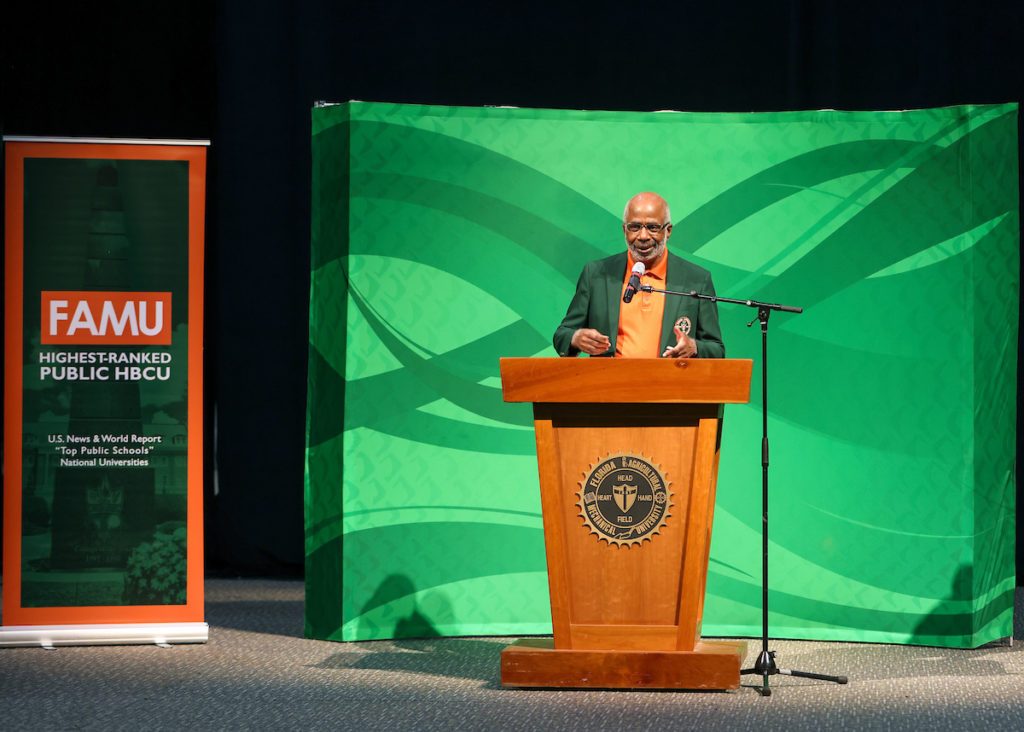 “At FAMU, you will receive a first-class education that will open new doors and propel you to become more than just an influencer; you will become an innovator, an agent of change and a leader who will care about the progress of your families and your communities wherever you go,” Robinson told the gathering, which included 2,620 registrants, among them 1,033 prospective students. Robinson made a direct appeal to the students. “You cannot make a better choice than coming to FAMU. Come rise with us.”

Of those in attendance, more than 1,000 students drove to the Tallahassee campus on buses sponsored by the FAMU National Alumni Association (NAA) Florida Region chapters. Registrants included high school and community college students from South Florida, Fort Pierce, Tampa, Orlando, Daytona Beach, Jacksonville, Gainesville, and counties in the Florida panhandle. Students came from as far west as California and as far north as Connecticut and New Jersey.

While on campus, students visited their schools and colleges of interest. There were also workshops to provide information about admissions, academic vigor courses for various majors, scholarship availability, financial aid, and housing. 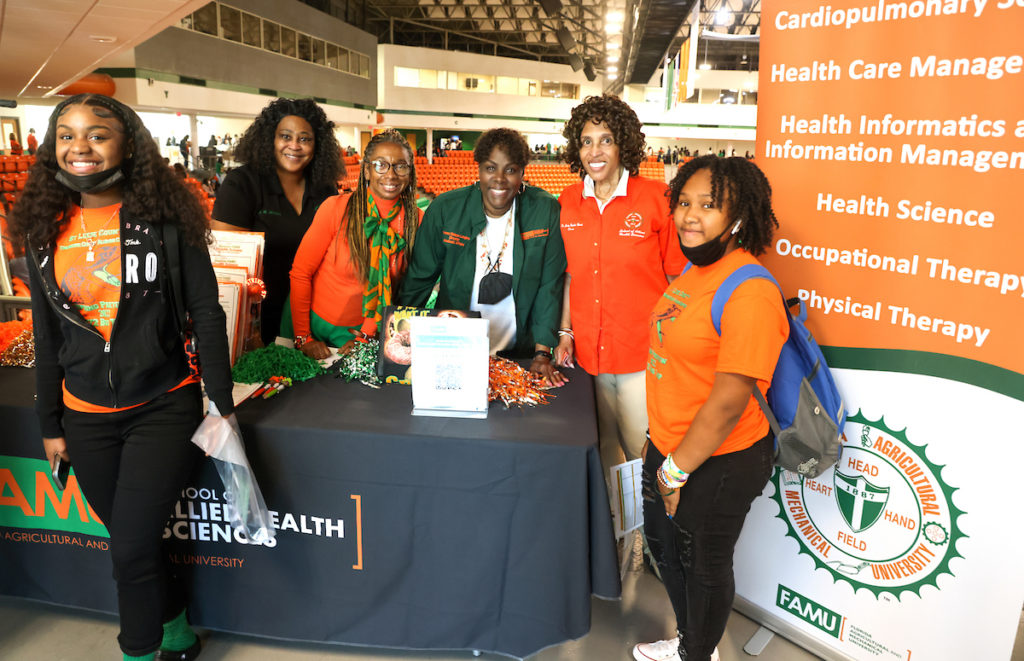 “This was awesome,” Hinson said. “Having the student tour guides gave future students the opportunity to ask questions and receive responses about real experiences of life on The ‘Hill.’”

Among the students were Trinnyce Williams of Deland, Florida, who was accepted to attend FAMU this fall.

“I believe I made the right choice because here is where I feel right at home,” said Williams, who plans to study political science and public administration before heading to law school. Williams, who hopes to become a judge, watched the confirmation hearings from Judge Ketanji Brown Jackson.

“It inspires me to know that we are in 2022 and having our first Black female supreme court justice.” 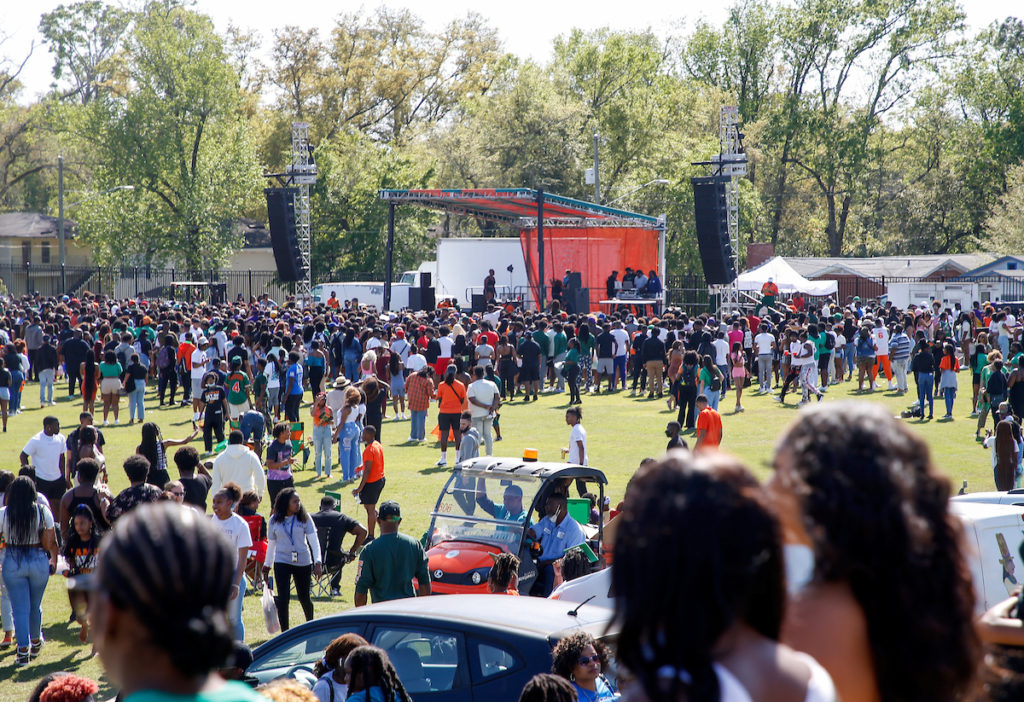 After Spring Preview, many students and their chaperones attended “Be Out Day,” an afternoon of entertainment and food hosted by the Student Government Association (SGA) on the football practice field. SGA President Carrington Whigham was delighted with the return of the annual event.

“’Be Out Day’ was fantastic,” she said. “It was so wonderful to see the event fall into place after all the hard work and be a place for the Black community to come together, fellowship and support each other’s businesses and crafts.”