Both administrators were among those who addressed hundreds of middle and high school students during the 8th STEM Day at Lawson Multipurpose Center, Saturday. The event is designed to increase middle and high school students’ interest in pursuing careers in science, technology, engineering, mathematics (STEM) fields, and other STEM-related disciplines. Students visited various STEM related schools and colleges to engage experiments and hands on demonstrations as they unlocked the mysteries of science within the different STEM disciplines throughout the campus. 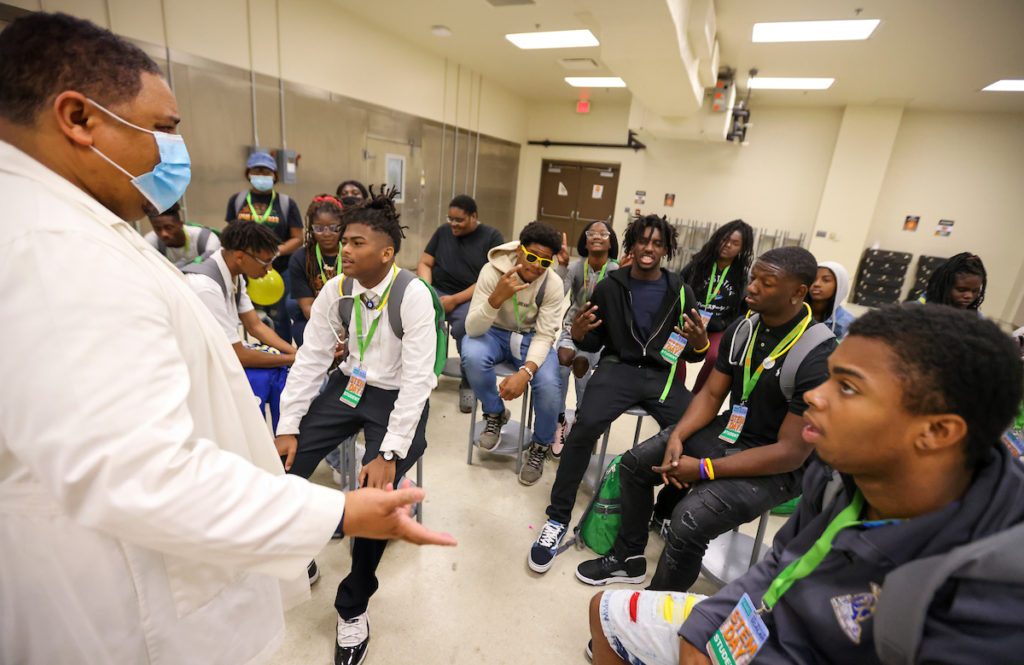 “We want to thank parents, teachers, and counselors for bringing these students. We want to prepare them to get them out into the world to do great things,” said Robinson, who told the audience that FAMU was experiencing another record year in the number of students applying to the institution. “Don’t take it for granted there will be a spot waiting for you,” said Robinson. “This is the place to go. You can get anywhere from Florida A&M University.”

The day was a collaborative effort between the University and the College of Science and Technology, School of Nursing, School of Allied Health Sciences, College of Pharmacy and various STEM related schools and colleges. During the event, students engaged in experiments and hands on demonstrations as they unlock the mysteries of science within the different STEM disciplines throughout the campus. 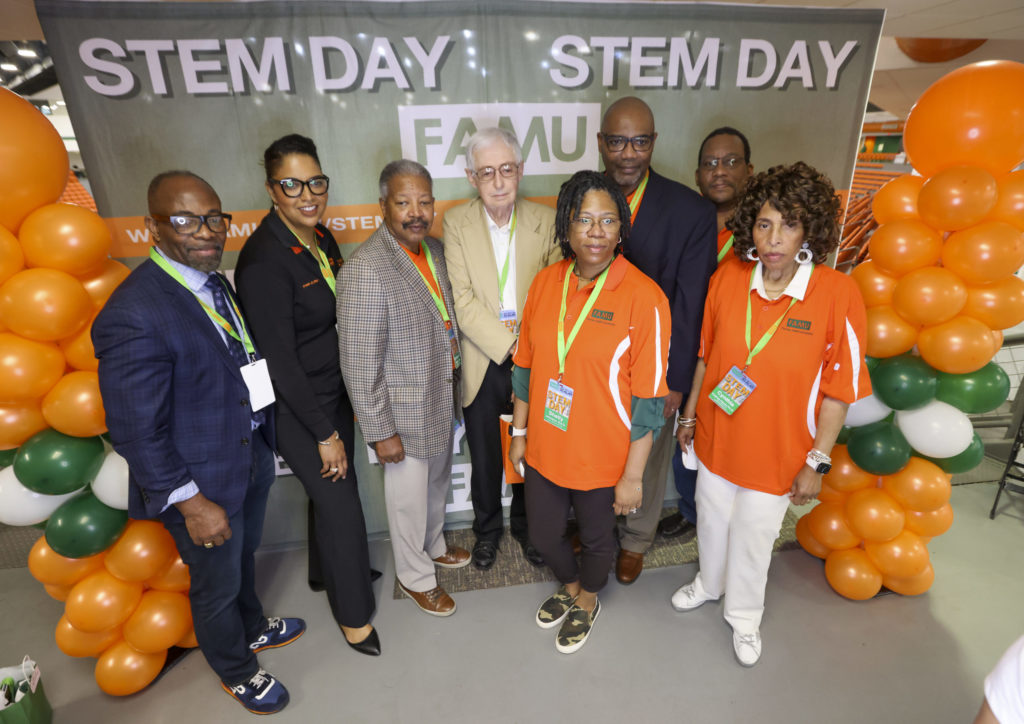 Provost Edington is the principal investigator of the NSF HBCU-UP at FAMU, which is designed to enhance the quality of both undergraduate STEM education and research at HBCUs as a means to broaden participation in the nation’s STEM programs.

The keynote speaker for the event was Calvin Mackie, Ph.D. Mackie was a poor performing student in New Orleans before he went on to graduate Phi Beta Kappa from Morehouse College.

“An HBCU found me in despair and gave me hope so I could achieve,” Mackie told the Saturday morning gathering.

Mackie, the older brother of actor Anthony Mackie, graduated with a Bachelor of Science from Morehouse and a bachelor’s in mechanical engineering from Georgia Institute of Technology simultaneously. He later earned a master’s and Ph.D. in mechanical engineering from Georgia Tech. He taught at Tulane University before becoming a consultant, speaker, mentor, and entrepreneur. In 2013, Mackie founded STEM NOLA, a non-profit created to expose, inspire, and engage communities in STEM opportunities. The charismatic Mackie, spoke about the power of hope to change lives.

“This thing called hope is real. We need to challenge the parents and students to do the things necessary to compete in the 21st century,” he said. “The history of HBCUs is giving hope to the hopeless, taking the least, the loss and the left out and bringing them to an institution and transforming them.” 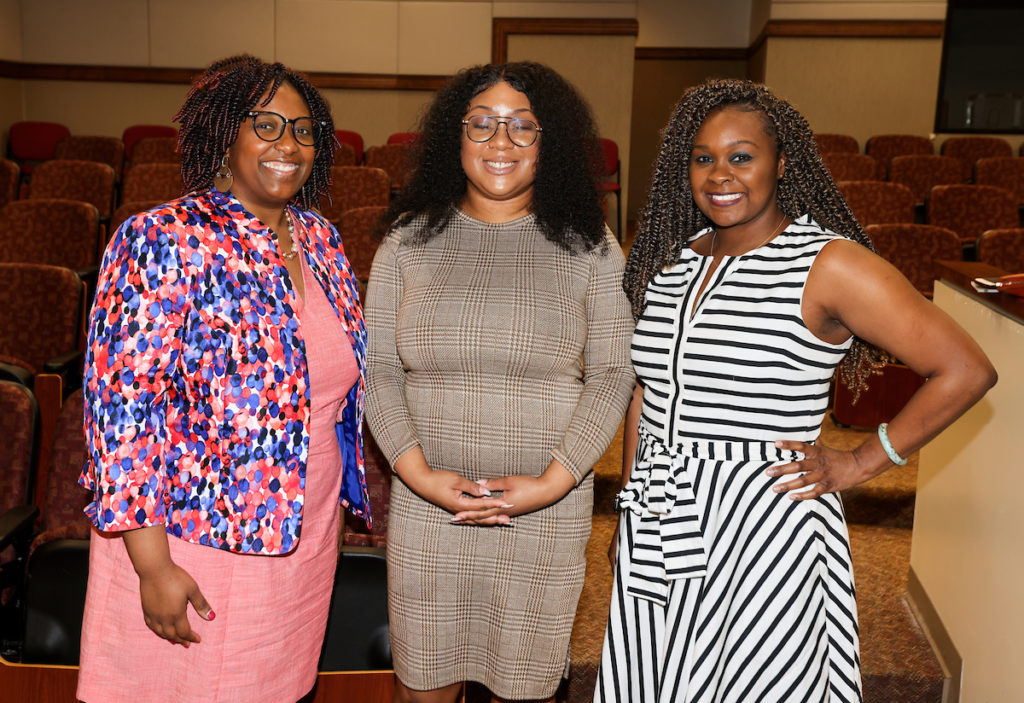 One of the highlights groups of students attended fireside chats of three FAMU STEM graduates Chatney Spencer, Ph.D., Staci R. Brown, Ph.D., and Candace Harris, Ph.D.  Spencer is an assistant professor of Chemistry at Motlow State Community College; Brown, a FAMU 2010 Ph.D. graduate, works for the National Nuclear Security Administration in the Office of Stockpile Management in Washington, D.C., while Harris, a FAMU 2018 Ph.D., graduate, works as an experimental physicist at the Lawrence Livermore National Laboratory in Livermore, Calif. The trio spoke of their journey to earn Ph.D.’s in science and how it led to their chosen career path.